What Makes Your Bible Interpretation Right? 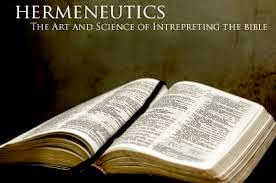 Why are we so convinced and confident that our interpretation of the Bible is right and others' is faulty? Who granted us this rights of correctness while everyone is at fault? Look at the the Arminianism and Calvinism debate or the cessationism and continuationism debate. Both sides of the camp are fully convinced that they are right and the other is wrong.

One thing is certain, the authors of the books on hermeneutics did not receive any special revelation from God regarding the principles they suggests. The principles are guidelines only but the are not absolute because they are man-made principles and not direct commands from the Scripture.

Let me end here by leaving you this question. What if understanding the Bible is not about the use of intellectual prowess but the condition and attitude of the heart?
Posted by The Igorot Preacher at 10:27 PM

WHY WE SHOULD GIVE 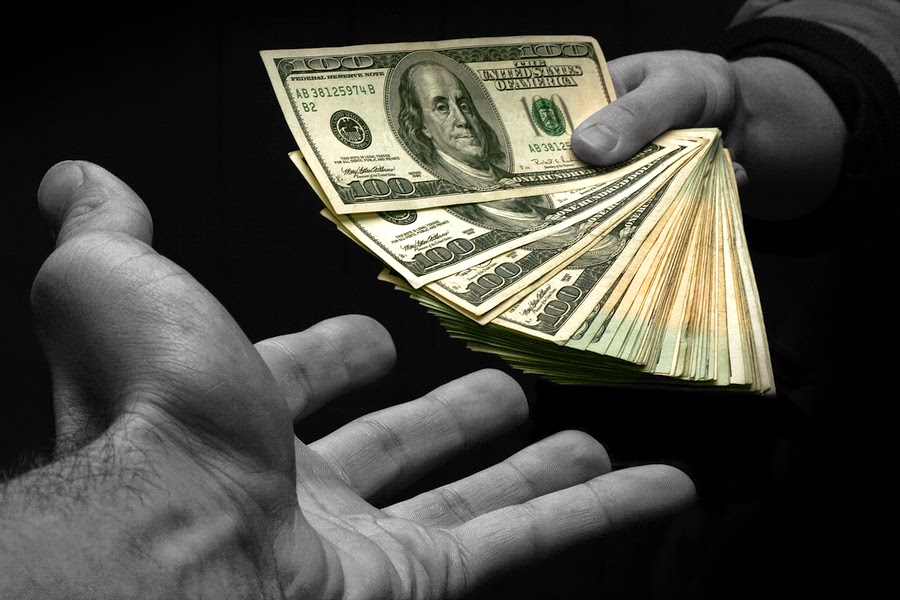 This week I had been studying about giving in the New Testament. While the New Testament does not teach about tithing, it does address giving. Last Sunday I taught on How We Should Give,  this morning I preached on Why we Should Give. (You'll notice that I addressed the "How" before the "Why".)

In my study, I found at least 14 principles (there might be more) in the New Testament on of Why we Should Give. I discussed 7 principles today and will cover the rest next Sunday.


WHY WE SHOULD GIVE

Posted by The Igorot Preacher at 3:03 PM

HOW WE SHOULD GIVE 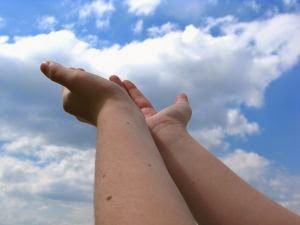 
HOW WE SHOULD GIVE
Greg B. Fernandez Jr.
Phnom Penh Church (PPC)

Click the following link to view the powerpoint presentation of my sermon outline. HOW WE SHOULD GIVE

Posted by The Igorot Preacher at 2:02 PM

Sacrificial Giving is not a Command; it's a Model 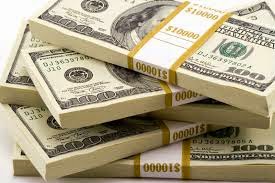 This Sunday, I will be preaching on How We Should Give and my final point is Give Sacrificially. As I started to meditate about giving sacrificially, I realized that there is no instruction in the New Testament to do so. The example of sacrificial giving in the New Testament churches is found in the church of Macedonia. Paul mentioned in his Epistle to the Corinthians how the Macedonian churches not only gave according to their ability but beyond their ability. Giving beyond ones ability is sacrificial giving. Paul also mentioned in his epistle to the Philippians concerning this kind of giving as well. During the time of Jesus, He commended the giving of a poor widow for giving all she had and not out of her abundance.

In the New Testament, there  examples of sacrificial giving, but certainly there is no command for every believer to give sacrificially. There maybe times in our life when God tells us to give sacrificially, beyond our own ability to give.  Sometimes God wants us to trust Him with our money. These are special cases and not necessarily for everyone.  As a matter of fact, I did sacrificial giving several times in obedience to God's prompting. As always, God returns even more. Such being the case, it is not a norm for everyone.

I also want to note that the phrase "give until int hurts" is not found in the Word of God. This is only a tactic for those who promote projects or raise funds, but not necessarily biblical.
Posted by The Igorot Preacher at 9:20 PM

Stop Judging Others by their Past 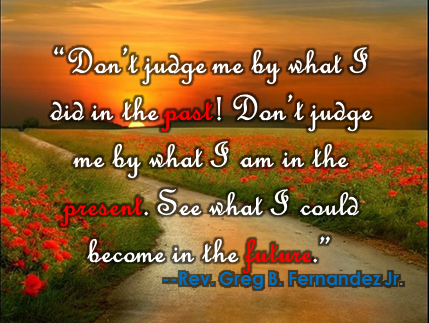 Do you know that your broken relationship with other people will be transformed dramatically, if you just stop judging them and just mind your own business? The world we live in will be a better place if we do that. Yet, it would be an illusion to assume, that this will be the case. The truth is, we don't and won't stop judging people.

Often, we judge people but fail to see what they could become. Even for those who preach and teach  forgiveness, when someone fell into sin, they do not seem to forget and give chance to the one who had fallen. The fact remains; we all make mistakes. But if the  bases of our judgment to others is their past, we are forgetting one thing--we do not live in the past anymore. The past is gone forever. When God forgives He forgets!  In Him, when our sin is forgiven it's been buried in God's sea of forgetfulness.


If you have problem of judging others unfairly, remember this: Don't judge others by what they did in the past because God has forgiven and forgotten them. Don't judge them by what they are today because Jesus is not finish with them yet. See what they could become in the future by the power of the Holy Spirit!

If we could only see what other could become and do not focus on their past and shouldn't see what the are today, I believe our relationship with other people will dramatically improve. What if we just mind our own business, mind your own life and stop focusing on others. Of course we need to help one another. But the basis of helping them is not to judge them critically but to help them change. That is the reason we need to help one another.

Posted by The Igorot Preacher at 9:57 PM