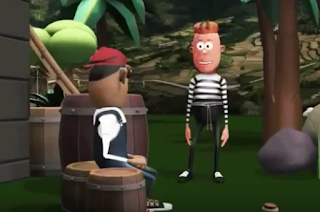 A short Igorot movie for Rodrigo Duterte has gone viral on Facebook within 24 hours after it was uploaded on April 22, 2016. The movie was first uploaded on YouTube on April 17 by Boyong Daguiness, the editor of the film and then shared on Facebook, but it has not gone viral until Greg Fernandez Jr uploaded a shortened version of the movie directly on his Facebook account yesterday. Within 24 hours after it's been uploaded on Facebook, the video has garnered  20,000 views and was shared 1,300 times.
Short version (28 minutes)

Although the clips of Duterte speeches are in Tagalog, the movie is in the Kankanaey dialect, one of the major regional dialects in the Cordillera region.

Igorot Films, the creator of Lampitok movie, has produced a 52-minute movie, Pabuyan Di Igorot Para Ken Duterte (Igorot Movie for Duterte), as endorsement and support for the presidential candidacy of Mayor Duterte.

The shortened version begins with scenes as Lampitok convinces his friend, Balatnek, to vote for Duterte by showing video clips of Duterte's viral speeches, including the famous song made by Freddie Aguilar for Duterte. After watching the Aguilar's song, Balatnek was convinced to vote and campaign for Duterte.

Due to some request, here is the movie in Ilocano (Cordilleran accent) with Tagalog subtitle.

Posted by The Igorot Preacher at 6:42 AM