Death is no Respecter of Age

Every one dies regardless of one's status, age, religion, and nationality. The only question is when and how? Unborn dies in the womb and infant dies at birth. Young and old people die. Good and evil people die. Both the rich and the poor die. Death is no respecter of age and persons!

Can death be prevented and early death be postponed? Others think they can. Thus they take lots of supplements and vitamins. They observe healthy diet, and exercise regularly in the hope that they will live longer and turn the clock of aging. The fact remains, no one knows the hour when death calls.

Last Saturday, at 12 midnight, I received a call that one of our Cambodian pastors died of a suspected heart attack. He was only 57; not old enough to die. I visited the family in a remote village of Kampong Chhnang. The wife was crying, yet confident that her husband is in heaven. We mourned the loss of this pastor who had planted two churches and could still do great things for the kingdom. The following day, a friend on FB posted the death of a newly married pastor who had just died in a road accident in Takaeo Cambodia. Why these pastors?
Last night at 9:25 (Cambodian time), a friend of mine from the States visiting the Philippines broke the news concerning the death of a dear friend, a brother and a pastor of a growing congregation in Buyagan, La Trinidad Benguet Philippines. When I was informed of his passing, I thought he must have died either by accident or a heart attack.  In the succeeding hours, just before midnight I learned that he passed away due to a suspected cardiac arrest. He collapsed while playing basketball with his church members. He is only 45 years old. I was shocked! Rev. Jason Erico was a very successful church planter. He planted 6 churches in the span of his 14 years in the ministry and recently, he started several outreaches and preaching points. He and his wife are also instrumental in helping build other churches by their generous giving. Jason was a successful businessman prior to his conversion, after meeting Christ he felt the call of God to enter the ministry. While his wife, Melita, continue the business, Jason went into full-time ministry without Bible college training. Despite his lack of theological training, he went on to plant churches that are vibrant. In 2012, he completed his Masters of Divinity at Philippine Baptist Theological Seminary (PBTS), Baguio Philippines.

I have known the Ericos since 1999; and they became great friends. For the last 14 years, I have come to love them and fully admire their commitment and dedication to the ministry. I have preached in the churches they planted countless times since year 2000. Jason, not only a soul-winner but a good preacher and good pastor. He had introduced Jesus to many and had touched many lives despite his short span of ministry. 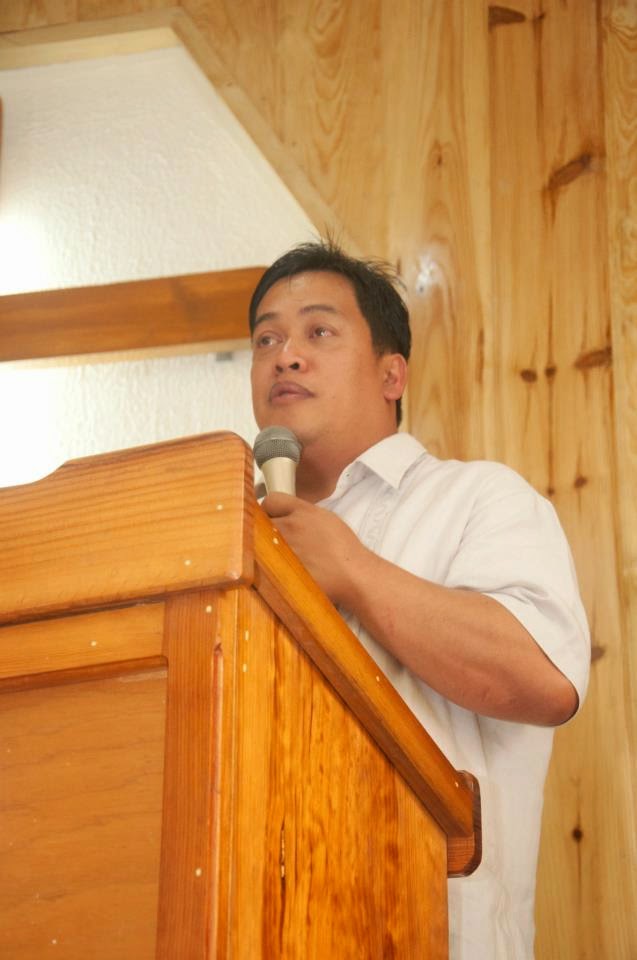 Today, I am mourning this great loss to the body of Christ in the Cordillera region! I have no problem with his passing, my only question is why he'd gone home too soon. There are many older people who could have died instead of him; not that I wish for their death. Why him, and not the godless and notorious criminal? I don't have the answer. This finite mind think that for Jason to die at age 45 is too soon when church is growing and many people are coming to the Lord. How can one intelligently say that his ministry or missions in this life is over when there could have been another 25 years left for him? No one can intelligently and satisfactorily answer this question.

To comfort ourselves, we, Christians often say, "God is in control", as if we are saying that God allows the early or tragic death of someone. If God is in control, He could have easily prevented the early and tragic death of those who died young. Another popular phrase we use to ease our grief or comfort those who are mourning is, "Well, he is now in heaven, at the bosom of the Father." Then we sing songs how glorious heaven and how joyful eternity would be. After all, life is a temporary assignment and death is the key that unlocks the door to eternity. If life is temporary, why waste it?

While it is safe to say that God alone knows the reason, being the author of life, I cannot but wonder why I cannot intelligently,  logically, and fully understand and explain the mind of God!  After all, it is not my job to understand but to believe and trust Him despite the explainable. God is infinite; I am not!
Posted by The Igorot Preacher at 9:24 AM