Although Jesus conception was supernatural, he was born in the world's natural order and grew up according to manner of a normal child.

The birth of Jesus Christ is pivotal event in the history of humankind. Bible Scholars believe Jesus was born either 6 or 5 B.C. Historical facts favor such speculation. The birth of Jesus, the Messiah from the Royal line of King David was a disappointment to the Jewish people. Jesus was born in a poor family; not in a rich or powerful family as often expected. From a royal line, people expected that Jesus should have been born in the palace.

When Jesus grew up and started His ministry, His own people rejected him but those who received him, he gave them power to become sons of God. At about 33 years old, He was nailed to a cross, died, and buried. Then He rose on the third day, and forty days later ascended onto heaven.

His life transformed lives by the millions, and today, they commemorate His birth.

Posted by The Igorot Preacher at 12:18 PM

Email ThisBlogThis!Share to TwitterShare to FacebookShare to Pinterest
Labels: Jesus

We are the Reason for Christmas

"For God so Love the world, that He gave His only begotten Son that whosoever believes in Him shall not perish but have everlasting life". This verse from the Holy book shows us the true meaning of Christmas. To learn more about the Christmas Gift God has for everyone, read my recent post entitled the Best Gift of all!

Watch this video to have a deeper understanding of the true meaning of Christmas for you.

MAY YOU HAVE A BLESSED CHRISTMAS & A PROSPEROUS NEW YEAR!
Posted by The Igorot Preacher at 11:05 PM

Email ThisBlogThis!Share to TwitterShare to FacebookShare to Pinterest
Labels: Christmas

THE GREATEST GIFT OF ALL

It has been quite some time when I posted something on this blog. My university teaching responsibility has been taking my time that I hardly ever log on to my blog site. I am glad you are still there, and have come to this site once again to see what this novice blogger has to say during this Christmas season.

My update for this month is to give a message for everyone interested to read. Because it’s Christmas time, I want to reflect about the reason for the season. One of the emphases of Christmas is the giving and receiving of gifts. Like many of you, I also like receiving gifts because gift is something that is freely given. Gift is always free, and gift will never be considered gift if you have to pay to get it. How would you feel if your friends come up to you and says, “I have a gift for you, a very special but you must pay me $500.”

Talking about gift, I want to share what I believe to be the GREATEST OF . This is the best gift of all; but most people do not have it, many have not heard about it, and others have rejected it. The good news is, everyone can receive this gift but the choice is not mine to make. You probably figure out already that what I am talking about here is not a thing but a person. I'm talking about a person but in the form of Spirit. This gift is both intangible and invisible, yet it’s possible to have it by simply believing it. Even if we cannot see with our human eye and cannot touch with our hands, we can experience within our hearts.

The scripture text for my reflection about the greatest gift of all is John 3: 16. Every follower of Jesus Christ should be able to quote this verse from memory. John 3: 16 has been called the heart of the Bible and is the most popular verse in the entire Word of God. This is so because it describes the love of God to humankind and it sums up God’s plan for our lives in eternity. The positive message this verse brings to the world is redemption and life eternal. It brings hope to the hopeless, healing to the wounded, life to the lifeless, and inspiration to the depressed. The greatest and the best gift in the entire world is no other than Jesus Christ Himself. He is the greatest gift of all. The following points highlight why this Gift is the greatest one of all!

A SPIRITUAL
“for God so loved the world”

A spiritual gift means a divine one-a gift who came down to earth from heaven for the salvation of the humankind. This gift comes from God and He is God himself. Trying to comprehend why would Jesus come into this world and to take the form of a human is sometimes baffling. The simplest answer, however, was because of God’s love to the world. Love is the ultimate motivation for this gift. There is no better news for anyone this Christmas than to know that a divine gift came from heaven to provide salvation to all. Although He is God, He left the portal of glory, came down to our world and became human like us. The reason Christians celebrate Christmas every year is to commemorate Jesus coming into the world. The baby Jesus Christian often portray in December is only to remember Jesus birth; He is no longer a baby, however. He is the King of kings and the Lord of lords and one day He will return to judge the world.

A SACRIFICIAL
“That He gave His only Son”.

Very few people give away something they treasured most, and not many of us are willing give away something very precious to us and the things we valued the most. Our human nature tells us not to give our most valuable and precious possession. Some people give gift based on their excess in life. They give gift out of their extra money and surplus. Some people give something they do not like anymore. God, however, was willing to give the best-His only begotten Son-so that you and I will have everlasting life. This is the reason Jesus is a sacrificial gift. The Apostle Paul writes, “Jesus came into the world to save sinners.” He came to save us from sin, deliver us from the evil one and give us hope of life eternal. For God’s son to come down to earth, become human, and then later died in the cruelest and the most shameful way of punishment-crucifixion, is a sacrifice indeed. God gave His most precious Son as a gift to the entire human race. Every Christmas we emphasize the Birth of Jesus Christ and we forget that Jesus was born to die. He was born to die for the sins of the world. The good news is, even if Jesus died on the cross, He rose from the grave on the third, and then later ascended into heaven and sited at the right hand of the Father Almighty. 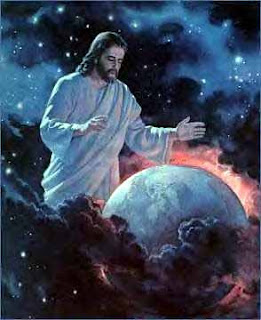 A UNIVERSAL
“that whosoever”

Wherever you are in the part of the planet earth, this gift is available to you.  The gift is universal in the sense that it is offered to all people everywhere. The gift is universal,  because it is unlimited. All people can receive it if they only will. No human being can afford to give gift to every people in the world. Even the richest person in the world cannot afford to give gift to everyone, and no one has ever claimed that title. All gifts are given to limited people, but the Gift God gave us is available to all peoples, nations, tribes, and tongues. No matter what language you speak, no matter what country you are from, and regardless of the color of your skin this gift is for you. The gift is not only limitless but also timelessness. The gift is available everywhere, not only during Christmas, but available at all times.

This gift is not only universal, also eternal; it does not change and it does not get old. The gift is the same Yesterday, Today, and Forever. All gifts given by human get old and wear out, but the gift given by God does not change. This is the only gift that remains brand new at all times. The universality, availability, and immutability of this gift is incomparable indeed. Jesus Christ, the best gift of all can be found anywhere where a heart is willing to receive Him.

If God’s gift is free, why is it conditional? This GIFT is conditional because God does not force one to receive it. Like most gift, the person being given to has to receive the gift.  The phrase “Whosoever believes” does not only shows the universality of this gift but also the condition of the gift. The only condition found in John 3:16 is to believe. You got to believe that Jesus is the Son of God and is the Savior of the world. If you acknowledge your need of a Savior, you wouldn’t hesitate to put your trust in Him. Yet, the "whosoever believes" separates those who believe and those who do not.  God gives everyone the choice to RECEIVE or REJECT.

A TRANSFORMATIONAL
“shall not perish”

The word “Perish” is a direct contrast with the adjective “everlasting”. Everyone's eternal destiny is separation from God, BUT you can have life everlasting with God. That’s the reason I call this transformational gift because the gift of God can transform your life and can change your eternal destiny. Only Jesus has the power to save you from sin; only HE can give you everlasting life. This is the reason Jesus came to deliver us from the bondage of sin and from the power of Satan. Jesus came to earth not only to deliver us from sin but that you and I will have everlasting life. This gift is so powerful that it can transform our lives and change our destiny. Nevertheless, being saved does not mean to escape the world but that we become agent of change in the world as well. God wants to transform us so that we will transform our community for Him.

AN INSPIRATIONAL GIFT
“but have everlasting life”

The greatest inspiration we have is to know that we have everlasting life. God’s gift of eternal life is found only in Jesus Christ. Thus, if you have Jesus in your life, you already never have eternal life. The life at the end of our struggle on earth is just a part of the life we already have in Christ. The Bible tells us that there is heaven to gain and hell to shun-eternity is real.

To conclude this reflection, let me remind my readers that there are only two result of my message today, you either receive it or reject it.  Receiving Christ as gift means you have to believe in Him. Christ will be the greatest gift you will ever receive this Christmas. Jesus is the greatest gift of all but you must open your heart to Him by faith.

Posted by The Igorot Preacher at 11:32 AM