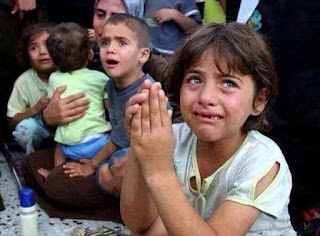 This so-called Urgent Prayer quoted below was posted in our Facebook group chat late last night by a concerned friend and gave a footnote to post in our status. The moment I saw it earlier today, I thought the date must be wrong because the height of ISIS conquest and news about beheading Christians in Iraq was last year. I began to google when was this prayer request initially posted. The earliest date I could find in Google was dated February 28, 2015. I checked Joyce Meyer page but nothing. I wonder if someone wrote this other than Joyce herself. Still I was not satisfied with the date because there's no alarming news about ISIS earlier this year. So I googled when when did ISIS took over Quaragosh. The earliest news was August 8, 2014. According to the news, ISIS beheaded Christians including children. This happens a year ago, not this year. My doubt was confirmed. The request is about one year old. Even within social media, this didn't spread quick enough obviously.

“URGENT PRAYER” The radical islamist group (ISIS) just took over Quaragosh, the biggest Christian city in Iraq. There are hundreds of men, women and children tha t are being beheaded. The people are asking for prayers to be made on their behalf concerning the ongoing atrocity in their country. Please take one minute to pray for them. Pass the message across to all your contacts so that the prayer chain will not be broken. They asked for this special prayer. Please , ensure you pass across the prayer request to the body of Christ for fervent prayers offered on behalf of the brothers, sisters and children in Iraq. This is an urgent SOS message please. Thank you for your concern. May the Lord bless you and yours, and always send help your way. Amen.  Joyce Meyers


I don't want to spoil the spirit of prayer but I think we should stop circulating an old prayer request on social media. What would God think about us praying for something that 's long been over? I'm sure we make Him smile, though. Just a reminder, check your facts before spreading news and don't believe everything you read.

Posted by The Igorot Preacher at 10:51 AM