How & Where I Learned the English Language

My friend and I arrived in an English-speaking school campus in a cold and windy summer of 1991, 100 miles away from home. Upon arrival, I noticed that everyone was speaking in English and began to wonder how a 20-year old jungle boy trying to go to high school would ever fit in to this English environment. Sitting on a rattan chair at the principal's office, one little girl by the name Jelyn Oyang (I learned her name later) about six years old entered the office and began talking with Mrs. Virginia Dasep, the principal. She spoke in English so fluently, that I had never felt so shy in my life. That encounter, however, left a lasting impression on me regarding English. Although, I finished Elementary with the highest academic honor (valedictorian) five years before, and can at least read some English words, I couldn't construct even one sentence in English when I set my foot at Grace Mountain Academy (GMA) twenty years ago. I only knew how to say, "yes" and "no", I believe. Nevertheless, few months after being at GMA, I was amazed how I could speak English naturally, and in a year’s time, I could speak the language fluently and preached my first sermon in English. My grammar was far from imperfect, but my fluency level was high.

How did I learn the language so quickly?

Positive attitude helped me learn the language quickly. That means, not giving up when the going gets tough. Positive attitude along with a strong desire for improvement accelerates my learning process. Because I had a strong desire to learn the language, I was also determined regardless of the cost. For instance, when I attended the first Sunday evening service at GMA in 1991, and heard one of the older students gave his message in pure English; I told myself, one day I am going to preach in English behind that pulpit. Almost a year later, I preached my first sermon in English that lasted for seventy-five minutes-my determination paid off. Desire and positive attitude were not enough though; I needed self-discipline. In a world where people seem to worship ‘instant’—wants the crown without the cross—I learned early that there was no shortcut to learning and I had to pay the price of self-discipline. Studying, reading, and practicing came with the price tag of self-discipline. Saying, "no" to the desire of self in exchange for a better ones is worth the price indeed.

From self-discipline, I had to move to courage. My courage dethroned my fear and shyness; I didn’t care whether or not my grammar and pronunciation were right. All I know was I needed to speak in English. If I had waited to have my grammar properly crafted before I began speaking, it would have been detrimental to my progress. Even as I type this, I also need to be courageous. It takes courage to put my writings on the web for the public to read without fear of being criticized of incorrect grammar or improper usage of punctuation,  prepositions, etc. I am aware that any reader with a keen eye can easily spot grammar errors in this blog. Yet, this does not stop me from writing, even though, I realized the potential of such criticism and ridicule. "Courage is not the absence of fear," writes Ambrose Redmoon, "but rather the judgment that something is more important than fear."

Strong motivation also played a great part in my learning process. The school director at GMA, Rev. Jan Visser, was a former a Dutch military officer in Indonesia. He came to the Philippines as missionary more than a decade before I attended GMA; we call him, Brother Jan. Brother Jan was a great source of encouragement and motivation. He challenged and motivated us incessantly. “You will never see the world unless you learn how to speak English,” his voice would thunder throughout the chapel room during our morning or evening services. Many of the students seemed convinced, but others were skeptic. At times, he would say, “The language of the world is English. Learn and speak it properly.”  Then one day, he told us that he started learning English when he was twenty-seven years old. Back then, I didn’t know he had to learn the English language as well. You see, most of us in the mountain thought that all white-skinned people are Americans, and therefore they speak English as their native language.  “If he began to learn the English language at age twenty-seven, then surely, I can also learn at age 20,” I would tell myself. Brother Jan also spoke about language immersion if we are to speak with fluency.

After setting my foot at Asia Pacific Nazarene Theological Seminary campus years later, and then to Cambodia, I realized that brother Jan was right all along-English language is international. Learning the English language takes more than mere motivation, and sometimes we need someone to push us or lift us up when quitting seems to be the best option. 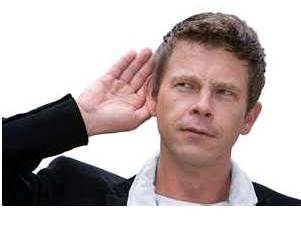 Four Practical Things I did to Learn English
1. I learned English by Listening to others as they speak.
This is the exposure factor. I was in an environment where everyone must speak English. I had no choice but to listen to my classmates and teachers as they speak English. Every day, I also listen to English preaching on tapes and on Short Wave (SW) stations. This practice allowed me to listen to American speakers whom I also tried to imitate. Even if I was not exposed to native English speakers, I had the opportunity to listen to English being used by others.

2. I learned English by Speaking with others.
After I listen, I try to imitate and speak the same sentence and words to myself. I would never have learned English if I didn’t speak, there's no other way without it! Learning language requires speaking. It's simple as that, yet it requires courage because the fear of being criticized hinders one from speaking. There are people who studied English grammar for years but still couldn't speak fluently because they never break the barrier of silence. Perhaps they learn English the wrong way. Perhaps, they never spoke because they have not conquered their fears and inferiority complex. "Speak English" is a simple rule, yet difficult for some; they are afraid of making mistakes.

3. I learned English by Reading books.
I am a reader. There was no electricity during our time at Grace Mountain Mission, but I used a kerosene-lamp so that I could read at night and at the wee hours. I would get up early in the morning; lit my lamp and read. Such was my habit, back then. I gained most of my knowledge through reading; I don’t know how learning would have been for me without books. Learning English as second language then became easier as I read more and more. At times for fluency sake, I had to read audibly—alone in a room. Twenty years later, I still read a lot-no burning kerosene anymore, though.

4. I learned English by Practicing regularly.
In my experience, it is true that 'practice makes permanent.' ‘If you practice a habit consistently within thirty days, you will have it for life,’ my teacher told us in class. Sure enough, I made so many grammar errors, pronounced words incorrectly, and put punctuation in wrong places. Despite all these, I practice again and again. Consequently, I never stop improving because I never ceased learning.

Two things I didn’t do during my prime years of learning the language:

1. I did not Study Grammar Rules.
Although I read books in English, I didn't study grammar textbooks during my time at GMM. I studied a few lessons on grammar with my teacher, I guess, but couldn't even remember what those lessons were. I was already fluent in English and had been speaking for many years before I learn some grammar rules. So how did I learn grammar at the beginning? Well, I learned basic grammar by listening to others and by reading a lot. Learning from others means, I also learned their same mistake. Because few spoke perfect grammar during those years, mine was not perfect either. After twenty years of speaking the English language, there are so much more to learn-grammar, pronunciation, punctuation, and many more.

2. I did not memorize list of vocabulary words.
How did I learn words without memorization? I did not memorize vocabulary for the sake of memorization. Although I did make a few list; I write whenever I encounter words I do not understand. I wrote the word, I copied the sentence (how it was used), and then checked the dictionary for definition and pronunciation. I did not always make a list, though. Whenever I read books and encountered words that I don’t understand, even if I was tempted to look at the dictionary, I just kept on reading--trying to understand the meaning of the sentence and paragraph. As the years went by, I bought a pocket-size Webster dictionary, and brought along with me even when I was traveling.

At age forty, I am still learning and I felt that my personal growth is still moving up the ladder of improvement.

Posted by The Igorot Preacher at 10:31 PM