A CALL FOR SPIRITUAL DISCERNMENT (Part I) 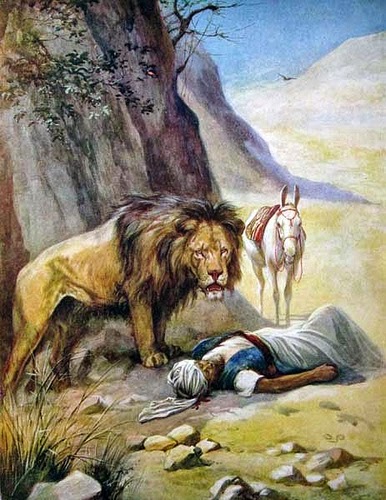 Two weeks ago, after viewing a video footage of my own sermon captured by kuya Benjie, it dawned on me that I had preached for over 40 minutes; too long for the standard length of my normal preaching. So I asked myself, is this sign of getting older or a sign of lack of preparation? They say that as pastors get older, their sermon gets longer. After realizing that I had preached for over 40 minutes, I started to think whether or not I should get back to using sermon manuscript.

Few days ago, I decided to write out what I want to share this morning and read it to avoid saying things that makes the message longer. I also decided not to use PowerPoint for this message. Whether it's a good thing, I don't know. This morning I am going to do an experiment by preaching with a full manuscript in front of me and without using PowerPoint. Please tell me your feedback later, whether or not this is something I should do next time. While I don't I agree with, and although this is not the reason I am not using PowerPoint this morning, Pastor Tim Pathon said, "Good speakers do not use PowerPoint." If you agree with Pastor Pathon and think I am a good speaker, then I don't need one this morning.

By the way, if you are taking notes go ahead and take it. If you will miss some it's okay because my entire sermon is already available on my blog since this morning. In fact, if you have access to internet right now, you can view it as I speak. Feel free to check it out later.

Turn your Bible again to 1 Kings 13, the chapter we have been studying in the past few Sundays. Few weeks ago, we've looked at the background of the passage from the United Kingdom to the Divided Kingdom of Israel, namely the South and the North. Jeroboam being the first King of the North, led his people to worship idols! His action made God very angry.  God sent a young prophet from the South to the Northern Kingdom to rebuke King Jeroboam for his idolatry. The prophet who is called the man of God delivered a strong message of judgment while the king and his people were offering sacrifices to their man-made gods. To authenticate His prophet's message, God performed miracles in front of them.

The man of God stood strong in the face of temptation when the king offered him reward and fellowship. The young prophet was obedient and faithful to the Word of God, at least for a while. But during his unguarded moment, while resting under an oak tree, he gave in to an older prophet's temptation. The older prophet deceived the man of God by telling lies. The man God disobeyed God's command, and as a result he was killed by a lion on his way back home.

From this sad and tragic story, I taught last time some practical lessons for us today. After all, what is the meaning of the Bible without its practical and contemporary application? thus, we started by looking at how temptation operates and how we can overcome it. We looked at temptation coming from the inside not outside. What is outside has no power to tempt us if there is no desire within us.

If you remember, one of the points I highlighted was that temptation is a battle of decisions. Before every sin, there is a temptation, and during every temptation, there is a battle of decision. In 1st Kings 13, when the man of God was first tempted by King Jeroboam, he stood firm and said "No." Few hours later, when faced with the same temptation offered by the older prophet, instead of saying no, he had chosen to say yes, and disobeyed God's command. The devil never gives up until he got him trapped. What a tragic ending of a good beginning. In the same way, we are faced with temptations day after day, all the days of our life. And the Devil never get tired tempting us until we fall. The good thing is that as Rick Warren used to say, the Devil is totally predictable because for thousands of years, Satan has been using the same trick over and over again.

Three Sundays ago, I highlighted in the story that the lack of the discernment had caused the Man of God's downfall.  By looking at the story, we can conclude that if the man of God had a sharp discernment, he would have seen the lies hidden behind the older prophet's words and he would have avoided the tragic consequences. His lack of discernment caused him his life.

That is the reason I want to talk about a CALL FOR SPIRITUAL DISCERNMENT. There are three things I like to cover about Discernment: (1) what is Discernment, (2) Why it is needed and (2) How to practice it.

I. WHAT IS DISCERNMENT?
There are two definitions I want to highlight, one is from John MacArthur and the other one is from another author I read recently. John MacArthur said, "In its simplest definition, discernment is nothing more than the ability to decide between truth and error, right and wrong. Discernment is the process of making careful distinctions in our thinking about truth." This definition focuses discernment primarily on our ability to use our mind to distinguish truth and from deception. This means that in order to distinguish truth from error, we must know our Bible. I will get back to this one next time.

Here is another definition: "A discerning mind demonstrates wisdom and insight that go beyond what is seen and heard". http://www.gotquestions.org/Bible-discernment.html#ixzz3CNV8YXN7

Discernment shows wisdom and insight that go beyond the visible and audible. This means that discernment operates in the realm of the supernatural. People with this kind of gift, see things what the naked eyes cannot see and hear beyond our physical ears can hear.

II. WHY IS DISCERNMENT NEEDED
There are four important reasons why discernment is needed. I will cover three reasons today and continue the rest on September 21. If you want to know the fourth why Discernment is needed and also the third point which is How to Practice and Sharpen our Discernment, you need to come back on the 3rd Sunday of this month. Let's look at Why is Discernment Needed?

First, Discernment is needed because it allows us to separate divine truth from Error.

It is obvious that the man of God lack discernment because he was not able to distinguish the truth from lies when faced with the older prophet. People who lacked discernment are easily deceived. When Satan disguises himself as an angel of light, a person with discernment sees a hidden trap.

In 1 John 4, the Apostle John warned early believers about false prophets and false teachers. There are lots of false teachings being taught in churches today and only a discerning heart can see the doctrinal errors being taught. I will explain this further in point number three. I like what Tim Challies said about the gift of discernment: "The gift of discernment is the Spirit’s special defense against the lies that come from lying Spirits."

Second, Discernment is needed because it helps us make good decisions

I told you earlier that because the man of God lacked discernment, he was not able to see lies and deception. Because of his lack of discernment he made a decision that destroyed his life. I know it is too easy for me to stand here and throw stones to the man of God for his lack of discernment. It is too easy to pin point what is wrong in someone else life, especially when they fall. Yet, I also know that it is too easy for us to make poor decisions because we lack discernment. How many bad decisions you and I had made because we lacked discernment? How many good decisions you made because you practice discernment?
I have to admit that many times, we never know our decision is wrong until we made it. Many times I discover that the decision I made was wrong after I already the decision was done. Discernment prevents us from making wrong decisions over and over again.

Third, Discernment saves us from painful Consequences of bad decisions

Discernment, does not only prevent us from making wrong decisions over and over gain but it also saves us from the painful consequences of it.

Let me conclude our lesson this morning by this Scripture: “My son, preserve sound judgment and discernment, do not let them out of your sight; they will be life for you, an ornament to grace your neck. Then you will go on your way in safety, and your foot will not stumble; when you lie down, you will not be afraid; when you lie down, your sleep will be sweet” Proverbs 3: 21

I know that we made lots of wrong decisions that are painful to us. There choices we made that brought us to tears; thank God we are still alive. Let us pause for a moment and reflect on some of the major decisions we have made that were not very nice. This is not to pity ourselves but to see how we can do better next time we face the same situation. The past is over and we can't go back and change it. We cannot go back and say I should have done this. When we reflect, we'll see things we have not seen before and learn what should to do not to repeat the same mistake?

In order to make better choices, we must practice the hidden power of discernment and use it consistently every time we are faced with decisions. Some of you here heard me several times this, why do we live our life as if God does not exist? Living our life conscious of God's presence is to allow Him be part of our decisions. If you are facing a major and difficult decision in your life, ask Him to reveal what is the best path to take. Only God knows the future; we don't. Therefore, it is proper to ask Him which decision is better.

Pray with me this morning and seek God to reveal to us the right path or the next step to take.
Posted by The Igorot Preacher at 6:29 AM