How to Gain Respect from People of Other Cultures 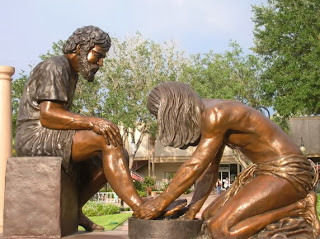 Years ago, a well-respected and well-known person in his own country was assigned as interim mission leader in another. Even if this person was well-respected in his own, he was not immediately respected when he moved to that particular country. Those who knew him, respected him but those who don't know him didn't. It's simple, it takes time to know the person. He has to prove himself first and earn the national's respect and trust. Unfortunately, he made drastic decisions that jeopardized the national's respect towards him.

You might say, "I don' t mind being disrespected" or "I don' t mind if people do not respect me, not a big deal." It may not be a big deal, but if you want to be effective in getting the gospel message across, gaining respect is one key to unlock the door of effective communication.

7 Tips on Earning the Respect of People from Other Culture
Are you contemplating to serve in other culture or are you already in one? The clarity of your call does not negate the necessity of learning the culture of people you are called to serve.

1. Understand that Respect is a Earned
It is a hard fact that trust and respect must be earned. You already knew this but it is easier said than done. Just because you are well-respected in your own country does not mean you will be respected immediately when you go to another. Respect is not transferable; it is earned.

Because it takes time to build trust, it takes time to earn respect. Respect is process and it comes after trust is gained. If the people know they can trust you, you have gained their respect.

2. Be a Servant; bury the boss within
I've seen arrogance and superiority. Don' t be bossy; serve them and you will be served! This is the essence of incarnational attitude-out of your comfort zone, go out and serve. People like to be lead but not to be controlled. Lead them with a servant heart. There's nothing wrong if you come alongside the locals; better yet to be lead by them! If you are not ready for this, you are not ready for cross-cultural ministry! Of course, situation varies--you lead them or they lead you or you come alongside them, but the application of the spirit of servanthood remains the same in every culture.

3. Touch the Local's Heart Before Implementing Change
If you are in leadership, sooner or later you would be compelled to make some changes. Some people adamantly resist change, others do not. Here is a key that will be helpful, before you implement a change, touch the people's heart first. Remember what John Maxwell always say, "Leaders touch a heart before they ask for a hand." Before you even ask the people to agree with you or to come aboard with you, you must touch their heart. There will always be people who do not want change, but if you touch enough people, chances are those who oppose fade sooner or latter.

4. Listen to People and Learn their Culture
Sometimes we have to listen to God even if it costs our relationship with people. At times, we have to stand for what we believe and what is right regardless of the consequences. It is important to listen to God first and His voice overrides all other voices.

While listening to God is essential, I must warn you; don't get caught with the attitude that you have a direct line to God and others don't. Sometimes leaders think that God speaks only to them and He does not speak to their followers. Because of this attitude of have a "direct line to God" and that people don't have same line, some leaders do not listen to people enough. Sometimes, we may miss interpret the voice are hearing.  We may think it is God's but it is actually our own. How do you know it was God speaking? This would be another piece to write.

It is important to listen to God but God speaks to you through people as well. As I type this, I immediately recall the decision King Rehoboam made when he came to power after the death of his father, Solomon.  He did not have direct line to God. He didn't even consult God. He heard two voices; which one is the best? His decision was based on what his young advisers told him. His decision tore up his Kingdom!

Learning the culture is difficult and there is no easy road. Although you can learn from reading and listening, nothing can take the place of knowing the language. If you cannot speak the language, find other ways to become student of the culture and live like the locals.

5. Give up your Own Perspective
Learn that it's not about you, it's about them and God. You came to serve and minister to them, right? People do not care your know-how and know-it-all attitude until they knew you care enough. Do not go to the mission field like you have all the answer to people's questions and needs.

If you are willing to give up your physical comfort in your own country, be ready to give up your perspective and opinion when you move to the mission field.Giving up things is easier than giving up your perspective and worldview. I find it ironic when missionaries are willing to sacrifice things in their own country, move to the mission field but do not want to lay down their own perspective. They are willing to die for things that are not worth dying for. They may think what they are fighting for is biblical but in it isn't; only western mindset!

6. Try to Live Like the Locals
This is difficult when you consider the risk of getting sick or even death because you force yourself to live like them. A missionary once told me, "If I have to get sick to be a missionary, then I am not a missionary." I understand the point he was trying to communicate. Sure there is no need to risk your health for the long haul, but if you are too careful you will miss some opportunities. For fear of getting diarrhea or getting sick,  I try to avoid drinking tea they serve whenever I visit the rural areas. I was told that water come from the pond and I was afraid I will caught bacteria. This happened in my early years. Today, I drink tea anywhere without fear.

An intern came to Cambodia and whenever he visits the villages, he eats the local food, sleep like the locals. Even if he does not speak the language, he speak the language of "living like the locals". Sure enough, he got sick several times. But what happened when the locals saw him live them? He gained their respect instantly, others couldn't earn in years.He was admire not because of what he brings but because of how he live.

7. Be Humble and Never Stop Learning
During my 12 years of living in another culture, I have made many mistakes but I also learned many lessons I would never have learned otherwise. I am not expert in cross-cultural ministry, but I am a student of the culture and never ceased learning since.

Humility sums all seven tips; live it! When you move into a culture different from yours, the feeling of superiority can be very hard to overcome. The best antidote to superiority is humility. Yet, humility is easier defined than practiced. Humility is seen by your attitude and lifestyle. One surefire sign of humility is admitting your mistake when you make one. Your are not infallible and therefore your decisions are not infallible. The more you admit your mistakes the greater the respect you gain.
Posted by The Igorot Preacher at 5:00 AM