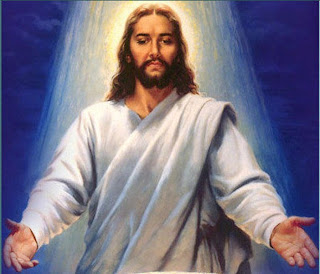 "Cambodia is undergoing a phenomenon, the beginning of “Cambodia flourishing”... Even amidst the high-tension political brinkmanship, Cambodia has reached the tipping point, that is slowly but surely ushering in the Cambodia Spring. This season of discontent will be here to stay for some time, snowballing into a monsoonal downpour of discontent, until there is a complete change of leadership."

Those words I have just read to you are found in the Phnom Penh Post's Editorial section by Theary C. Seng, a Cambodian Christian, US-trained lawyer, outspoken critic of the government and founder of CIVICUS.

In response to Editorial on the Phnom Penh Post, however, Ngy Chanphal, a secretary of state in the Ministry of Interior said, "To suggest “complete change of leadership” is tantamount to a coup d'état. Cambodia does not have winter, spring, summer or fall...but it does have two seasons – a dry season and a wet season. Any suggestion that the “July 2013 election gave the opportunity to usher in a “Cambodian spring” is tantamount to self-destruction, or suicide, and is completely out of context (emphasis mine).

The call for mass demonstration and the possibility of it by the CNRP's leaders a last resort if their call for UN involvement in the investigation of election irregularities not headed has been causing panic and anxiety among the Cambodian populous. There's an exodus among garment factory workers not returning to work due to the government's deployment of tanks and other military armed vehicle. Just last Thursday, people saw 16 tanks mounted with launchers and 20 more heavily armed vehicles left Sihanoukville en route to Phnom Penh by train.

Because of the political tensions we are facing, there is a hearsay and rumor of violence and unrest in the Cambodian winds, causing others to falter in the floods of fears and anxieties. Such is only a rumor. But even if the rumor turned into reality, as Christians we have a stronger message, a solid foundation found in the Book of Life--"Let not your heart be troubled, believe in God believe also in me. In my Father's house are many mansions!"

That is a message of hope amidst Cambodia's political tension. These words "Let not your heart be troubled, you believe in God believe also in me," didn't come from a columnist in Cambodian paper but were from the Author of life, the Creator of the universe, the Savior of humankind and Designer of our eternal destiny-JESUS CHRIST!

For the last two Sundays, we've heard messages about the gospel of Grace from Pastor Kevin and Pastor Joseph Prince. Today, instead of continuing my sermon series on Growth, I felt lead to talk about hope. If hope is taken away, everything that is left would be despair.

Jesus said these words before He was arrested. To tell people not to worry when there's nothing to worry about is pretty easy. To tell you don't worry when everything is okay is meaningless. Not everything is okay in Cambodia politically; unrest and violence could possibly happen. But as Christian, we have better position, because of our faith in the Almighty God.

Jesus knew the disciples are going to face difficult times, persecution and even death. In fact, according to tradition the entire Apostle with the exception of John died a martyr. Jesus told them earlier; Let not your heart be troubled!

Jesus is still saying that today; let not your heart be troubled. He knows we are going to face lots of challenges in this life that's why he says "Don't worry". In today's world full of anxiety and fear, one might think how dare you say, "Let not your heart be troubled? Do you know what I am going through? After calming the storm Jesus said, "You of Little faith"! If Jesus created the vast universe and tells you not to worry, how dare you not to believe?

It is interesting to note that Jesus said, "let not your heart be troubled! He didn't say "Let not your mind or will be troubled" We know that the heart is the center of our being.

Jesus is not saying there will never be trouble nor the heart is never in troubled! This is not to say that we will never have trouble, we will never worry and we will never experience fear. Troubles are real and therefore worry is real.

How do we have Hope and How do we Maintain that Hope?

Let's look at the verse again,...You believe in God, Believe also in me.

How is belief in God, in Jesus and in heaven related to the problem of trouble and worry? I hope to answer this question as we go along.

Now, let us start with the first foundational truth.

YOU MUST BELIEVE IN GOD
"Believe in God"
For intellectual people, it is quite difficult to convince them that God does exist. The existence of a loving God has been argued, debated and discussed for centuries and millennia. If there is God, atheist say, Why and how? The doubters say, If God is good why evil?  But..even if they adamantly deny God, Atheists have never produced valid proofs and evidence that God does not exist.  Can man live without God?

Few months ago I read somewhere the following information:

There was a comparison that was done many years ago between Jonathan Edward (an 18th century preacher) and Max Jukes an atheist who lived at the same time.

Max Jukes, the atheist, lived a godless life. He married an ungodly girl, and from the union there were 310 who died as paupers (people who depended on the state), 150 were criminals, 7 were murderers, 100 were drunkards, and more than half of the women were prostitutes. His 540 descendants cost the State one and a quarter million dollars.

Jonathan Edwards: He lived at the same time as Max Jukes, but he married a godly girl. An investigation was made of 1,394 known descendants of Jonathan Edwards of which 13 became college presidents, 65 college professors, 3 United States senators, 30 judges, 100 lawyers, 60 physicians, 75 army and navy officers, 100 preachers and missionaries, 60 authors of prominence, one a vice-president of the United States, 80 became public officials in other capacities, 295 college graduates, among whom were governors of states and ministers to foreign countries. His descendants did not cost the state a single penny. (source not recorded)

Belief in God matters. What Jesus had told his disciples is simple yet profound, "Believe in God." What He is telling us today is the same thing, believe in God. It takes only faith to accept this truth. Faith makes the difference.

No amount of reasoning and intellectual argument can take the place faith, for without faith it is impossible to please God. Unbelief is what hinders people from coming to Jesus.

Just look at America today and you will know that believing there is God is not enough. What kind of God we believe in is yet another question.

Yes, we can certainly believe that there is God and do not live like one. The question I would like to ask is, do we truly believe in God. Of course I do and you do. The question I would ask us again is, do we believe without any shadow of doubt that God can help us for whatever worries we have today. Whatever problems and troubles we have NOW, do we believe God can help us?

As Christians one of our constant weakness and failure in the school of faith, and I am not excluding myself, is that we have trusted God for our eternal destiny but hard for us to trust Him with our earthly anxiety.

Let us move to the next one!

YOU MUST BELIEVE IN JESUS
"Believe also in Me"
When Jesus said, "Believe also in me," we need to ask a very simple question, Who is Jesus? Why should I believe Him? In John 14, of the same chapter in verse 6, is classic and yet basic truth that draws the line between Jesus and others. He said, "I am the way, the truth, and the life and no one comes to the Father except through me." There aren't two ways, there aren't three ways to God, there aren't many ways--there is only one way and that way is Jesus.

Those of us who believe Jesus many years ago need to be reminded again about this fundamental truth. When we first believe in Jesus, we were full of life and vigor but after many years our faith seem to decline, the joy seem to be demising and the worst, we have no more joy.  We need to renew our commitment again when this happens.

The third Fundamental Truth to build our Hope is:

Many years ago, I preached a sermon THE COUNTRY CALLED HEAVEN!  I could still remember, one of the points I highlighted in my sermon was.  Heaven is real and perfect place. Often, we only hear message and songs about heaven and eternity during funeral services. In times of tragic death, we come face to face with mortality and we suddenly wake up on the things that really matters. For dying people, the message about heaven is appealing. Yesterday, I went to Hope International School and attended a memorial and prayer service for the Bang family who were killed in car crash in June. And sure enough, eternity and heaven came up.

In a preaching class, I was taught to preach to people's need. For youth who are full of vigor, don't preach about eternity or heaven. Preach to them how to become successful. How to achieve their dream. How to raise a family. Talk to them about how to get rich, etc. The message about eternity or heaven might not draw much crowd and attention among the younger generation.

Why tie up heaven with a belief in God? After Jesus told his disciples to believe in God and believe in Him, he said, "In my Father's house are many mansions." Of course, it would take another sermon series to talk about heaven. But the Bible clearly defines heaven as a real place, not just a piece of cake in the sky. Heaven is not a metaphor. Heaven is a real country. The Bible tells us that heaven is our permanent home.

We know that we are not saved in order to go to heaven, we are saved to serve humanity, to make difference in this world. We are saved to worship God, that is the highest purpose. But part of the package of believing in Jesus is to be where He is. The Apostle Paul writes, "If only in this life we have hope in Christ, then we are most miserable men of all." Our Hope in Christ is not just here on earth but also in the afterlife.

CONCLUSIONS
These three things are so simple that if we truly believe them they can cure our anxiety and stress. How many of us followers of Jesus truly believe what Jesus taught?

Believing in God, in Jesus, in Heaven or eternity always brings HOPE to a troubled soul.

In Christ alone my hope is found
He is my light, my strength, my song
This Cornerstone, this solid ground
Firm through the fiercest drought and storm
What heights of love, what depths of peace
When fears are stilled, when striving cease
My Comforter, my All in All
Here in the love of Christ I stand

No guilt of life, no fear in death
This is the power of Christ in me
From life’s first cry to final breath
Jesus commands my destiny
No power of hell, no scheme of man
Can ever pluck me from His hand
‘til He returns or calls me home
Here in the power of Christ I’ll stand

Posted by The Igorot Preacher at 1:00 PM