How & Why I Become a Missionary 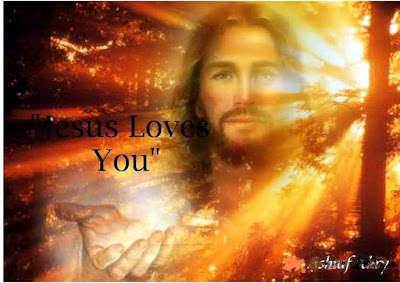 God did not call me to become a missionary in the traditional missionary description and definition. When I was 18, God revealed His call to me very clearly that I would become a minister of the Gospel. Although I questioned God saying, “Why did You call me Lord,” I had never doubted God did call me to Himself and into the preaching ministry.

My call to cross-cultural ministry does not fit within the traditional understanding and common experiences of most missionaries I’ve known, heard or read. I am sometimes embarrassed when asked about my missionary call because there was nothing definite like others had. Some missionaries I knew, told me I am an experiment in the sense that I never professed a definite missionary calling. I was being observed if I survive in the field without definite call to missions. If my missionary call were measured according to the common testimonies of missionaries I often hear, mine will not pass the test. All testimony I have heard or read concerning the call to the mission field is different from mine. Some of them testified that it has been their passion to become a missionary to a foreign land at a young age. I am amazed how definite their call was; mine was different. Actually, I know more than 10 individuals who professed missionary call to foreign lands. The only problem is that they are still in the Philippines serving as pastors. I wonder when will they ever go to the mission field.  I sometimes wander whether or not the call to missions they profess is mistakenly interpreted because of their passion for souls in general, be it being a pastor or in any other ministry calling.

Although my heart goes out for the hurting world and the perishing millions, going to a foreign land as missionary never came up to my imagination ever since I was newly converted. God called me, first and foremost, to become His child and to serve Him in the path of servanthood, yet He didn’t tell me I would, someday, be a missionary. God didn’t tell me specifically where to go either. I think if He did tell me where to go, there would be no thrills in the journey of faith. I like to believe that it is a part of God’s package to fill the journey of faith with surprises including where to go and serve. However, going to wherever He leads is a part of the package of His call, even if it would cost my dreams and ambitions, even if it would mean, giving up my comfort zones, if I ever had comfort zones.

Five Reasons We Came to Cambodia in 2003

First, my Wife and I Came to Cambodia Because Someone Prayed for Us to Come. We met Rev. Reynaldo Rafael Jr. and his family for the first time when they went to APNTS for further studies sometime in June 2000. We became close friends. Although I was thrilled by their missionary work in Cambodia, I did not feel the call or desire to go to Cambodia as missionary. When Rev. Rafael had asked me twice about my plans after graduation, I told him plainly that I want to plant a church or pastor a large church. He asked me, “What about cross-cultural ministry?” I said, “I don’t think I am called to a cross-cultural ministry.”

When the Rafaels went back to Cambodia in December of 2001, they had not forgotten us. Sometime in June 2002, the Rafaels began to pray for us to come and help them in the ministry in Cambodia. We believe God answered their prayers by sending us to be partners with them in ministering to the Cambodian people.

Second, We Came to Cambodia Because of Inner Peace we Felt During Times of Struggles. Our last year at APNTS was full of struggle, confusion, and questions (where to minister after graduation). I felt my wife and I are not going back to Cordillera Wesleyan Bible College (CWBC) to teach; although that was the reason we were sent to the seminary. My passion for church planting, to teach in Bible College part time, and to pursue my doctoral studies contributed to these confusion. I was also troubled by the top-down decision style of the church, and that I cannot choose for our own ministerial destiny. But one APNTS chapel service, I knelt down at the altar and surrendered my plans to the Lord: “Wherever you want me to go after graduation, I will go”.  The problem was, God didn’t tell me WHERE to go.

Sometime in January of 2003, my wife and I heard a rumor that we were being considered as the second option to go to Cambodia. Upon hearing the news, our hearts began to beat for the Lord’s work in Cambodia and felt that this might be the direction we wanted to go. Although our couple-friend was the first option to go, we were praying about God’s plan to be done. As we prayed, an inner peace came into our hearts that at the end we would be chosen to go instead. Meanwhile, everything has been planned that we would go back to CWBC to teach, and to pastor a church nearby. We are happy about it, and accepted the fact that it may not be God’s will for us to go to Cambodia after all. We believe God will never make a mistake. Nevertheless, my wife somehow still felt instinctively that at the end, we might not go to CWBC and but go somewhere else instead.

While sitting in my class sometime in April 2003, my Cell phone beeped after receiving a text message from Cambodia. The text message goes something like this, “How would you like to come to Cambodia.” I replied "this message is missed sent message", knowing that we were not the first option being considered to go. A message came back saying, “That is not a miss sent message. It is for you”. I texted back, “Well, that’s the thing I never dreamed about but I am opened wherever God wants me to work.” In the afternoon, I immediately went and surf the Internet to learn about Cambodia. I found out that Cambodia is a poor country like mine. Since, I grew up in poverty; I have no problem of the hardship in missionary work. But I was scared of learning the Khmer language.  I prayed, “If you are going to send us to Cambodia, you must performed miracle because I am not a linguist.”

We continued to pray about our missionary call to Cambodia whether we are really meant to go or not. During a praise and worship service I attended, although I am not a weepy person, my eyes began to be filled with tears as I reflect about the invitation to go to Cambodia. So I said, “Lord, I am ready to Go.” I am giving up my dream—a dream to build a mega church in my city.

Third, We Came to Cambodia in Obedience to the Church. The church sent us and we obeyed the church. Sometime in April 2003, rumors began to spread that we were chosen to go to Cambodia, but no official word from the church has been given not until May 13, 2003. Rev. Vic Oximas, the general mission director of the Wesleyan Church of the Philippines, officially presented the church's decision to us to go to Cambodia. Without any hesitation, my wife and I accepted the offer: “In the name of the Church for the glory of God, we will go and will do our best,” was my reply to Rev. Vic Oximas and Rev. Amado Gacal. On that same evening, about 9 o’clock, I sent a text message to pastor Jun, saying, “Cambodia, here we come!”. After lots of preparation and delays regarding our passports, we left for Cambodia on the 16th of October 2003.

Fourth, We Came to Cambodia in Obedience to God’s Leading and direction for our life. I know without any shadow of doubt that God did call me to fulfill God’s mission for my life. I believe His mission for me is to obey His will and follow His purpose for me! To glorify HIM by doing what He wants me to do as revealed in the inspired Word of God, and to go where He wants me to minister prompted by the Spirit of God is my mission in life. Therefore, what I am doing in Cambodia today is an act of obedience to God’s will for my life. What my wife and I are doing in the Cambodian field is a humble response to God’s leading and direction! Someday, our mission in Cambodia will be over. When that time comes, we are ready to go wherever He would lead us!

Finally, being here in Cambodia is a Personal Choice. We could have chosen to go somewhere else beside Cambodia. Coming to Cambodia is a choice we made and not a directive imposed on us. While we came in obedience to the church and to God, we still made the decision ourselves. I believe God does not violate human will when it comes to His call. If God does not force us to be saved, then He does not force his call on us. He does not for us where to go and minister or what to do in life. As we have freedom to choose our own eternal destiny in response to His divine invitation of salvation, so we also have freedom to choose our vocation life based on our design. Although, I personally believe in a call there's a call to service, we have freedom to reject or accept that call. When we made a choice to follow God we must be willing to give up both the good things and the bad things in life. In fact, when I made the choice, I had to give up other plans, even some ministry ambition.

By God’s grace, it’s almost seven years since we stepped in the Cambodian soil. There are struggles and questions but we enjoy being here. The nationals told us we are still needed. When we are no longer needed, it is time to leave.

Note: Though, some of its content were edited when I posted on this blog, I first shared most of this at Rosales Wesleyan Bible College in 2005 during the General Conference of the Wesleyan Church of the Philippines.

Posted by The Igorot Preacher at 11:52 PM