A THIRD PERSON NARRATIVE ABOUT ME


Greg Bawang-Fernandez Jr., educator, leader and communicator, is a self-proclaimed evangelist and revivalist at age 17. Throughout the years, he has spoken to thousands of people and hundreds came to Christ through his ministry.

He grew up in an animistic world in the jungle of Kayapa Bakun. Kayapa lies in one of the remotest places in the Cordillera Region, northern part of the Philippines. He is the fifth child in the family of six-3 brothers and 2 sisters.  He grew up in Kayapa's mountainous village where there is no electricity and no viable vehicular roads. The place is too remote, depending on which direction one chooses, it would take 10 or 20 hour hike to the nearest Jeepney or bus stop. This was 40 years ago. About four years ago, however, Kayapa is no longer remote to the world when a mini-hydro electrical project was started. A road was built and electricity is available unlike the years gone by.
His dad, Gregorio Sr., a well-loved and respected elementary teacher, died when Greg was only 10 years old, and was left alone to take care of his ailing mom. Greg's hope for a better tomorrow began to fall apart when this tragedy happened. Despite being an orphan, in 1985, he graduated elementary with the highest honor--valedictorian. Due to a hardship of life, he didn't go to secondary school. He was left alone with his mother and worked as farmer, planting rice, sweet potatoes and other vegetables. He also raised domestic animals and water buffaloes.

When he was 12 years old, he preached his first sermon in a small church that made him popular among his peers. Since childhood Greg had been attending and had been a member of the United Church of Christ in the Philippines (UCCP). Although he was a member in Kayapa UCCP church, he became a member of the historic UCCP-Baguio in 1990, following the killer earthquake that rocked the City of Pines.

At age 17, in December 1988, he was genuinely converted from a mere religiosity to a new life in Christ. From that point on, he started preaching and teaching the Word of God to his fellow young people and to anyone who would listen. He conducted Bible studies, organized the youth in his village and traveled to many churches on foot to preach the Gospel. His preaching on December 31, 1988 that resulted in the conversion of 19 young people in his own village turned the course of his life. Despite his young age, that day, he preached a fire and brimstone type of preaching. For the first time in his life, he saw young people coming forward crying and asking God for forgiveness. That day was a picture of what was to follow years later whenever he preached at an evangelistic service.  Greg knew he had the gift of an evangelist, yet the call of God to be a Gospel preacher and a pastor, however, came clearly when he was 18 years old. When he received the call of God to be a minister he was hesitant to go to a Bible College due to his lack of educational training, the hardship of life he was going through and some other personal excuses.

Nonetheless, he could no longer resist the call of God despite all the excuses he tried to make. In 1991 at age 20, he left his ailing mother and went to study at Grace Mountain Academy (GMA), now called Grace Mountain Mission and Christian Academy, in Sinipsip Bakun Benguet. After only one year in high school, in 1992, he enrolled at the Cordillera Wesleyan Bible College (CWBC) located at Grace Mountain Mission campus, without secondary education. Nevertheless, his lack of education did not hinder him to enter the ministry. Because of his lack of education, he took the Philippine Educational Placement Test [PEPT] with faith that he would get the highest result. When the result was released months later, he was awarded a Fourth-year high school level. Even with this incredible result as only a few achieve such mark, Greg didn't credit such thing to himself, but give the credit to God for his achievement. Thus, the PEPT result enabled him to skip four years of high school education and go to College without a high school diploma.
While he was still a student at the Bible College, he was being invited to preach on revival and evangelistic crusades in different churches and denominations. As a result, hundreds of people came to know Christ through his preaching.

In 2002, he was ordained during the Skyline Luzon District (SKLD) annual conference in Baguio by Bishop Dr. Alfonso G. Pablo Sr., the General Superintendent of the Wesleyan church of the Philippines.

Greg is a radical and controversial thinker. He is not afraid to speak his mind. He stands for what he believes regardless of the consequences. Because of that, he made others uncomfortable and alienated some. 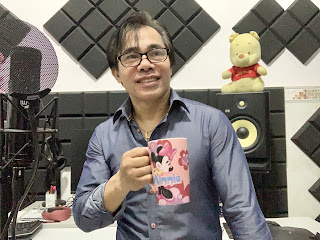 .
Greg 2022
Greg, along with his wife and two daughters lives in Cambodia, where he serves as ‘tent-maker’ missionary. His ministry involvement ranges from being a mentor, trainer, church organizational consultant, freelance English teacher, and a pastor of a newly started English congregation that believes in tent-making ministry.